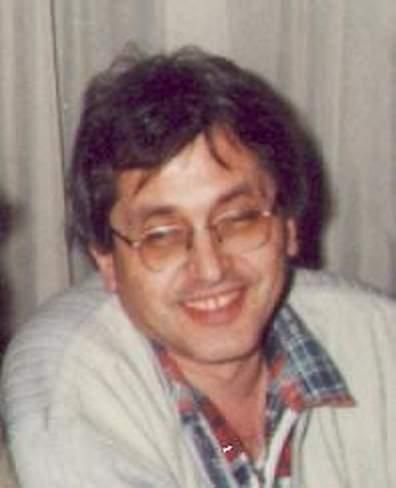 Tatjana Debeljački – What are your hometown childhood memories ?

Gordan Ćosić –  I was born in Cacak, but I also grew up and spent the best childhood moments in Uzice,  Apatin, Zadar. And then, at the beginning and end of everything is my Novi Beograd. I really had a great childhood. The only problem was that I was a very restless child, and at that time children were not protected by laws and bylaws so that I often got the short end of the stick.

Tatjana Debeljački – When did you start drawing and taking photos ? Later you went to a design school. When did you reach success ?

Gordan Ćosić –  I’ve been drawing all my life. This gift of God was recognized by my primary school teacher Bosko Ilacevic and took me to his studio, and I probably owe him most what I am today. He was a wonderful man. He practically sent me the design school because at the age of 11 I wasn’t really sure what I was going to do later in life.

I went to design school in the 1970s (oh, it sounds like I’m a thousand years old) and it was another new experience. It was then called School of Industrial Design. It was a fantastic school with unbelievable teachers who instructed you and taught you in the best possible way. I’m not sure whether some of them were my teachers, school friends or best of friends. I remember an article in a newspaper. The headline was ‘The school where only the doors creak’. I don’t think they creaked at all. That’s where I first met photography as a school subject and I’ve remained dedicated to it ever since thanks to my teacher Mr Djordjevic.

Tatjana Debeljački – You find inspiration in nature, you took part in youth work actions for years, then you were President of the Scout Association in EX-YU, your goal was to providi e joy and education for young people through various activities, and now you are President of the ’Jelova Gora’ mountaineering club ?

Gordan Ćosić –  Back then it was expected of you to be somewhere or to sort of belong somewhere. The right place for me was the scouts. There I could express myself in a different way and I built myself in a different way through what that organization offers. I have to mention spending time together on many occasions, from simple picnics to the participation in the greatest of all activities ‘Joy of Europe’.  We were rewarded The Golden Maple Leaf by the Scout Association of Serbia. Today as president of the mountaineering club I still cherish my love for nature and socialising. But I don’t think I’ve accomplished much there for the following reason. I go to see my family and I see my son in front of a computer, my grandson with his mobile phone, my granddaughter with her tablet, and if it weren’t for my daughter-in-law I wouldn’t have anybody to talk to. I come, they say ‘Hello, Grandpa’, I leave, they say ‘Bye, Grandpa’. The end of the world is approaching. I’m really frightened of the fact that one day in the near future people might be spending very little time together and that each man will be living in their own capsule communicating with other through social networks. I won’t be there to see it but I can see we’re getting there.

Youth work actions and my work in youth organizations came as a result of my work with the scouts. Again, we spent a lot of time together and there was this great enthusiasm which is difficult to describe or understand today. In the youth organization I was in charge of social clubs such as mountaineers, scouts,  youth hostels, literary youth, musical youth just to name a few. Large numbers of young people were involved according to their interests and abilities, and a lot of people were involved in working with youth and for them.  There is nothing like that here today.  For my work in the area of youth creativity and promotion I was awarded The Daring Flower of the Republic Youth Conference. There were other rewards as well in the area of creativity and others but it’s not that important now not because they don’t mean anything to me, far from that,  but because there is really no need to talk about them now.

Tatjana Debeljački – You spent years working at the “Dimitrije Tucović” printing company, where you achieved considerable success. Could you tell us more about your illustrations, awards, journeys and friendships ?

Gordan Ćosić –  I came to the Dimitrije Tucovic printing company from Belgrade just to stay for a while. In fact, I replaced a colleague who had gone on maternity leave. And just when I was about to go back home, she got pregnant again. And so she had four children one after another, and I replaced her at work and stayed in Uzice. That printing company was one of the largest in former Yugoslavia and it really offered a lot of opportunities to express yourself through work.  Many things happened during those more than thirty years of work.  I remember the beginnings… My desk was full of colours, pencils, rapidograph pens, letraset promarkers… And then I leave, and there is a computer screen on it. I have mixed feelings regarding all that. Even today I prefer drawing to working on a computer. I’m neither in the habit of it nor do I desire it. Eight hours in front of a computer at work is enough for me not to want it at home. They even call me on the phone and say ‘Open your e-mail’. and I would like to open my sketchbook… Most of my drawings were made in the ‘Konak’ restaurant. Paper, red wine and I. there I made sketches even for the things that were later digitalized. I really do come from the last century.

Tatjana Debeljački – DIOGEN pro art magazine published a special although delayed edition with your photographs and later they were published abroad too.

Gordan Ćosić –  I never tried to publish anything or to promote myself because I worked for pleasure. The most important things in my life have always been socializing and fun. Let me give you an example. I was working on a poster dedicated to the sixty years of jazz in Belgrade and that was when I met Misa Blam, about whom I don’t really need to say anything else. His name says it all. I didn’t want o get paid for the job because I was delighted to have met him and I felt honoured, plus we had a great time together for a couple of days in Belgrade.  When I was about to leave, Misa Blam gave me a set of stamps because while talking to each other we discovered that we were both collectors. And now I have those stamps he gave me. If I had taken the money, who knows whether I would still remember that job and Misa. He would be just another great artist I met passing by.  It’s much better this way. And then there is this thing with Diogen magazine and I am truly grateful to them for publishing some of my works and really everything has started moving since then… Good people are those who are your tail wind, they give you wings to fly, to express yourself and create the best way you can.

Tatjana Debeljački – The aim of creativity is to leave a mark, the mark of faith in people and humanity, and that faith is leaving you now.

Gordan Ćosić –  Creativity… Someone said ‘The task of an artist is to send light to the human soul.’ Will my creativity leave a mark – I don’t think so. Maybe a small trace. As a matter of fact, I’ve never really thought about that. You’ve been simply given a gift from God, and if you are able to say something nice through your drawing, painting, verse or word, then do it. We can never get enough of beauty and love.  Hope and faith are not leaving me. Neither is love. Maybe because I was born on the 14th of February it has never left me and I believe I’ll die being in love.

Tatjana Debeljački – What is the connection between an anonymous female face and your painting ?

Gordan Ćosić –  The face of an anonymous woman… What can I say ? Is there anything more beautiful than a woman? No. So let her remain anonymous and an inspiration of mine. Many people ask me who she is because they ‘recognize’ her in every drawing. And I don’t recognize her. Sometimes she is so chaste and mild, and sometimes she seems wild and cruel. Sometimes she seems to love or to have loved me, and sometimes there is none of that. And truthfully, is there anything more beautiful than here – no, there isn’t. I’m trying to draw all that. A vicious circle. Does she exist – you’ll have to ask her that.

Tatjana Debeljački – Is it sometimes difficult to be you ?

Gordan Ćosić –  I feel very good being myself, captured in my own body and my own world. I’m satisfied with myself, but sometimes I did fell like I wanted to be someone else but it’s not really what I’d like to talk about. You know, there are always people who can make you lose your temper. I don’t know whether they do it deliberately or accidentally, but that’s who they are.

Tatjana Debeljački – Do you think you have outwitted your expectations ?

Gordan Ćosić –  Expectations. I expected to live in a world of harmony, peace and love. When I was young, I was thinking about the age of Aquarius where love was the road of stars. And then everything that happened and that has been happening all these years hasn’t lived uo to my expectations. Wars, terrorism. This is complete madness. Insanity. Growth of Nazism and everything that goes with it. And still there are so many artists living and working and making the world a better place. Now I’m dreaming of a new Renaissance. The Renaissance of the 21st and 22nd centuries.

Tatjana Debeljački – Have you achieved everything you wanted and if could live your life again would you be an artist again ?

Gordan Ćosić –  I haven’t achieved everything because I would need hundreds, even thousands of years to do that, and I don’t think I would ever be given such an opportunity. I would definitely change some things in my life but I would also definitely live with and for art. I would be completely into creativity, books, philately, numismatics, and who knows what else because there are so many wishes that I have. Would it be just a plain stamp or a Roman coin – it doesn’t matter. There are wishes. That’s why there are also Santa Claus and fairies.

Tatjana Debeljački – Is there anything important that you would like to say and that I haven’t asked you about ?

Gordan Ćosić – Something important ? Nothing comes to my mind. At this moment I’m trying to understand the meaning of the word ‘important’ because priorities are what determines what’s important in our life at a particular moment. I think about how much can be written on a piece of paper, and then so much has happened that thousands of books would be needed to  describe all of that. To talk about oneself… I don’t know how todo that. It is better others to talk about you but not at your grave.